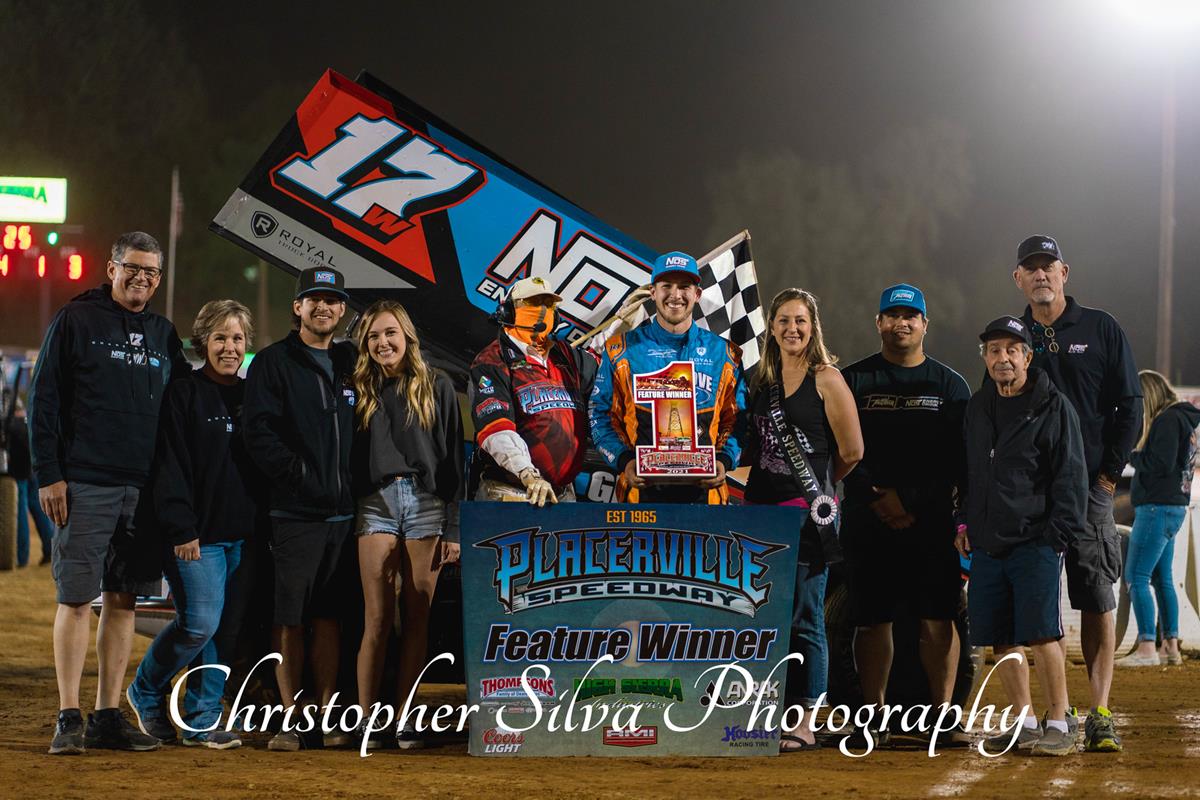 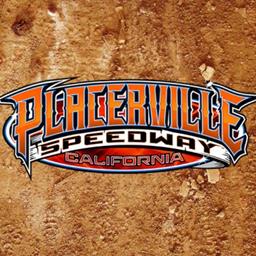 Placerville, CA – May 8, 2021…Fremont, California’s Shane Golobic put on a clinic through lapped traffic en route to a clean sweep of the night during the “Mother’s Day Madness” showcase at Placerville Speedway on Saturday.

Sharing victory lane with Golobic at the event were Dan Jinkerson with the Pure Stocks, Austin Struthers in the Mini Trucks and Craig Holsted with the BCRA Lightning Sprints. A total of 64-cars were on hand in the pit area for another night of championship auto racing in “Old Hangtown.”

Golobic drew the pole position for the 25-lap Thompson’s Family of Dealerships Winged 360 feature and never looked back during the contest. Following a red flag on the start a long green flag run was then seen and Golobic impressively pulled away from the field. At times, the reigning “Nor*Cal Posse Shootout” winner was able to put five lapped cars between himself and the rest of the pack. The racing for second on back remained fast and furious however, as Colfax driver Willie Croft jumped into the runner spot.

A caution finally waved with 19-laps complete and during the ensuing restart all eyes were on Justyn Cox, who blasted to the outside of the speedway. Cox made an exciting move around Andy Forsberg and Croft to grab second, only to suffer a rear end issue which ended his race on lap 21. After that yellow flag period the final four circuits clicked off without incident and Golobic drove away to record his 10th career Winged 360 victory at the track.

It capped off a stout night for the Matt Wood Racing/ Elk Grove Ford No. 17w team, as Golobic also earned the ADCO Driveline Fast Time Award and captured his heat race. Croft put together a strong outing on Saturday by qualifying second overall to begin the evening, before bringing home a runner up finish at the checkered.

Aromas, California’s Justin Sanders originally lined up 12th and was a man on a mission during the last restart, thrilling the crowd by running the high-scary side of the bullring. Sanders came from seventh with four-laps remaining and challenged Croft P2 on the final corner but had to settle for third at the stripe.
Forsberg and Templeton’s Kaleb Montgomery completed the top-five in the feature. Rounding out the top-10 were 13th starting Tanner Carrick, Blake Carrick, Joel Myers Jr., Michael Faccinto and Andy Gregg. Montgomery won the B-main, while heat race victories went to Golobic, Gregg, Blake Carrick and Myers Jr.

The Pure Stock division yet again provided thrills for the fans in the stands and put on an excellent 20-lap feature that went right down to the wire. Diamond Springs wheel-man Dan Jinkerson held the lead but felt intense pressure from two-time track champion Nick Baldwin for much of the way. The two Stock Car favorites at the speedway raced closely together as the laps wound down and kept everyone on the edge of their seats.

When flagman Ron Stahl waved the Coors Light white flag Baldwin tucked right up behind the leader. As the duo headed into turn three for the final time Baldwin drove it deep to the inside but could not quite make the move. Jinkerson hit his marks and accepted the checkered flag over Baldwin, Kevin Jinkerson, Ryan Peter and Chris Mcginnis. Russ Murphy, Ken Bernstein, Jonathan Walsh, Jason Palmer and Chris D’angelo completed the top-10. Baldwin and Palmer claimed the two heat races held.

The Mini Trucks put on an exceptional 20-lap contest as well during the evening. Early on it was a three-truck battle for the top-spot between Austin Struthers, Thomas Jensen and three-time winner this year Wyatt Lakin. The trio absolutely threw it down on the quarter-mile and ran inches apart until Lakin stalled off turn two, bringing out a caution at the halfway point. He was able to restart and carve his way back through the pack but soon after had the same issue put an end to his night.

Struthers continued to run up front and feel heavy pressure from Jensen every step of the way. At the checkered flag it was Struthers though who picked up the win over Jensen, Mike Miller, Aaron Rupley and Howard Miller. Jensen captured the lone heat race held at the event.

The BCRA Lightning Sprints contested their third Placerville Speedway event of the season on Saturday. Rancho Cordova’s Craig Holsted and Waterford’s Dakota Albright went back and forth early on for the top spot. After the entertaining exchange Holsted held command but Albright raced right behind him for the duration of the 20-lap main event.

Late in the going veteran Scott Kinney charged up to second as Holsted crossed the stripe for his second consecutive BCRA Lightning Sprint win at the track. Kinney earned the runner up spot over Albright, Terry Bergstrom and Danica Jo Parker. Brandon Leedy and Albright won the heat races while Holsted set fast time to begin the evening.

Full results from the night can be viewed at https://speedhive.mylaps.com/Events/1856422?fbclid=IwAR3J1Q15s0uwdetKUYg4sj9Se_VVS2JHAxDO9HyZeQNcuklSzbTA0JKJEto

The Placerville Speedway returns to action with Mountain Democrat Kids Bike Night this coming Saturday May 15th. We will welcome in the four regular divisions during the night including the Thompson’s Family of Dealerships Winged 360 Sprint Cars, Ltd. Late Models, Pure Stocks and Mini Trucks.