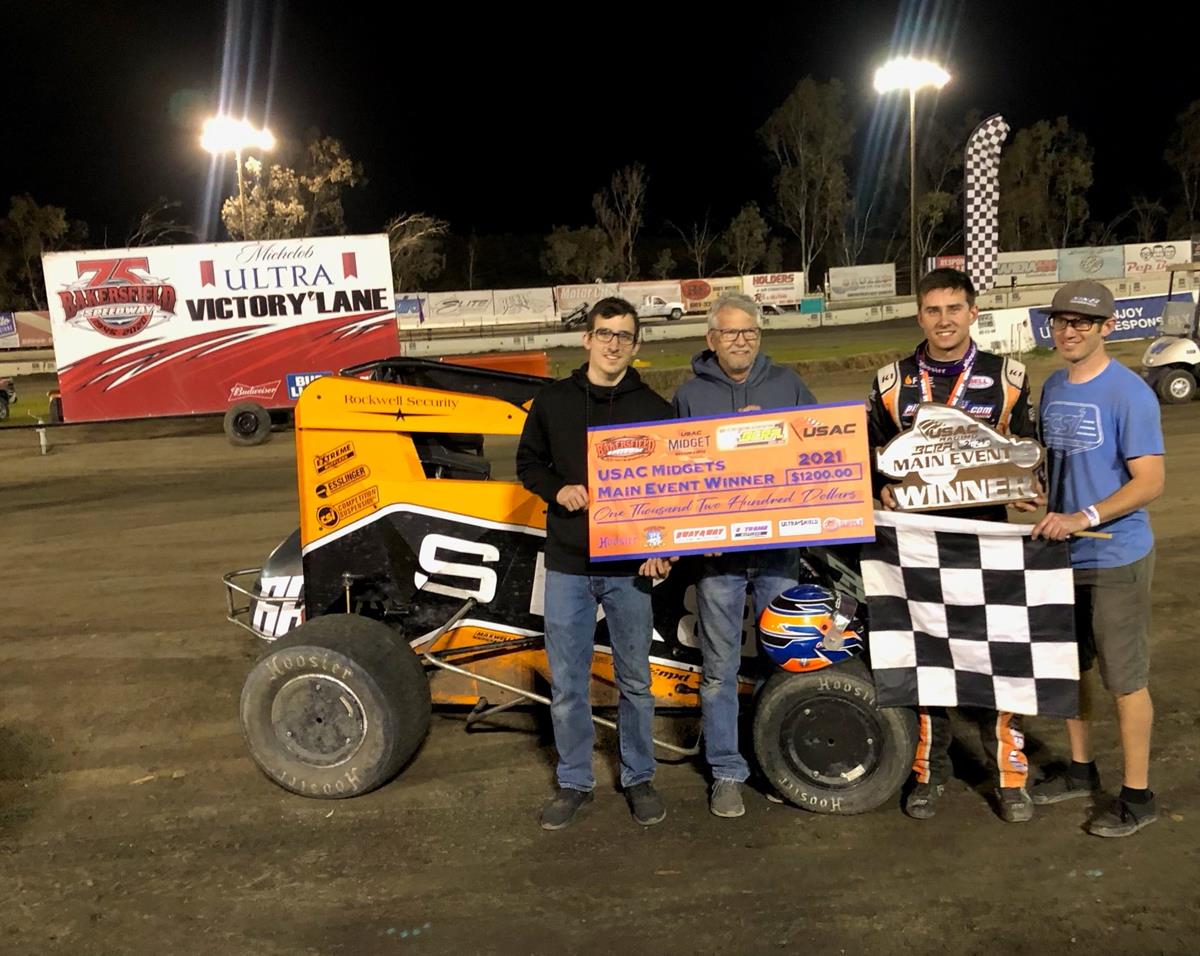 Inside Line Promotions – BAKERSFIELD, Calif. (March 30, 2021) – Chase Johnson captured his first feature victory of the season last Saturday during his debut behind the wheel of a Six8 Motorsports midget.

Johnson invaded Bakersfield Speedway for an event sanctioned by the USAC Western States Midgets and Bay Cities Racing Association. It marked the first of approximately a dozen midget races this year with Six8 Motorsports for Johnson.

“I didn’t know how everything would play out being with a new team,” he said. “I knew they had great equipment and knew what to do on the race car. That part of the equation was known, but there’s always an unknown driving for a new team. I’ve done well at Bakersfield Speedway and that’s one of my better midget tracks so I was confident.”

Johnson, who captured a non-wing sprint car victory at the track in 2019, set quick time to open the action.

“To get quick time was a good confidence booster,” he said. “That started us sixth in the heat race and we needed to finish in the top four to make the feature inversion. It’s always a little stressful needing to be in the top four, but I knew we were fast enough. We just had to make smooth, smart laps and we could make our way to the front. We didn’t do anything dramatic or overly aggressive. We just took the positions as they came and made sure we didn’t get caught up in anyone else’s mess.”

Johnson hustled from sixth to second place in his heat race. The feature inversion lined him up on the outside of the third row for the A Main.

“We had the car to get to the front,” he said. “It was about making the right decisions and not getting caught up in someone else’s mess. We made sure to stay clear of stuff. The guys in front of us were good drivers so as the race went on we had to be more aggressive to get the positions. We picked them off one at a time. I think we were sitting in third around the halfway point.

“When the track was not rubber down yet around turns three and four I felt like we were a second-place car. Once the rubber came in the car really came to us. We were able to make the right decisions on restarts and be aggressive to be in the right spots.”

Johnson took the lead with a daring pass in the closing laps and he led the final three circuits to pick up the win. It was the second USAC Western States Midgets triumph of his career.